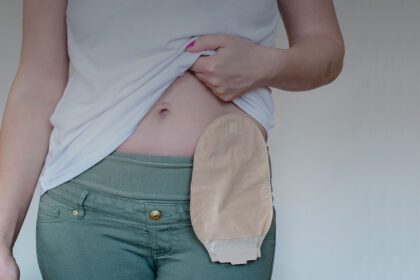 Finding perfection in the ostomy pouch world, that prefect set up at the end of the ostomy rainbow.

Waking up from emergency surgery and finding I had two strange pouches attached to my body, collecting my waste products, was not easy to come to terms with.  My first thought was what the hell are those”? In the beginning I didn’t have anything to do with them because the nurses were taking care of my needs. My only thoughts were “what the hell is going on”?

During the first few days the medical staff explained what had happened to me and I knew I could either sink, or swim out of this life changing situation. Sinking wasn’t an option as far as I was concerned so I gathered my self-confidence and vowed to get through this, whatever it took.

Around two weeks into my situation the stoma nurses told me that I would need to manage my own stoma care. I had no preparation prior to my surgery so this would be a whole new routine for me, one that I would not have wished for. Self-care was challenging initially due to leaks and pouches coming off (1-piece system), and the obvious odor but as time went on I slowly became more proficient in the pouch changing routine. In fact, the odor, I thought, from the mucus fistula pouch was worse than the ileostomy one.

With my dignity a thing of the past I had to pour the contents of the pouches into cardboard containers that the nurses would take away to measure output. I was obviously part of their job but I did feel sympathy for them. They came, asked no questions and left with said sample.

Eventually I ventured out of my sleeping chariot to a chair from which I started to plan how I was going to change the ostomy pouches myself. Fortunately my mucus fistula output slowed and having to change this pouch was much less frequent. I couldn’t be released until I was proficient at pouch changing and six weeks in I achieved my goal, still using the clear 1-piece system that had been used since my procedure.

At my progress review appointment at hospital one week later I asked if I could change to a non see-through pouch. The stoma nurses were happy with my ileostomy and how I was dealing with the system I was given, so although I was having skin issues, and a leak here and there, I decided on a 1-piece drainable pouch.

Depending on my recovery I was scheduled for a reversal op around 3 – 4 months later and my pouch would be no more. At this point I wasn’t aware of any other products that I could have tried other than the ones my stoma nurses had showed me.

Ohh! Little did I know that on 27th September 2017 (the day of my reversal procedure) and feeling upbeat about the reversal there would be a delay due to complications with the person before me in theatre. It was around 11:30 that I was collected for surgery. When I awoke instead of a reversal, I was given a looped ileostomy due to unforeseen complications. Four days later I was taken from ICU to Ward 7. My mucus fistula was gone but I still had an ileostomy. Clear pouches are used after surgery so it is easy to view and monitor the stoma without pouch removal. My eventual pouch choice was a 2-piece system that I still use to this day because it allows me to change the pouch more frequently without removing the base plate, causing undue skin issues. I have had no issues with leaks or soreness because I have always kept to my routine.

In time I started to try out different products from supply companies, who were very happy to send out samples. Lots of questions were asked about whether I was convex, did I want flat drainable or non-drainable, 1-piece, 2-piece, my ostomy world had just opened up. I felt like an ostomate in an ostomy suppliers Christmas tuck shop, so before I went ahead with a choice I spoke with my stoma team to find out which would be suitable for my particular situation. They sent me a few samples but I also asked the supply companies for more. I trialed several different types of pouches over a two year period but always reverted back to my original 2-piece due to skin soreness, leaks and badly fitting samples. I never really knew why the leaks and sore skin were occurring. I changed my personal cleaning products and my washing powder but nothing solved the problems. The best product for me has proved to be the Dansac 2-piece that I was already using.

All I can say is when you find that perfect product, which ever it may be, try and stick with it unless you are advised otherwise by the medical professionals.