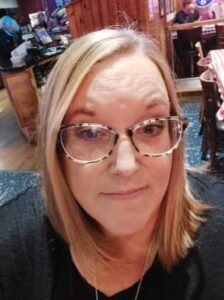 My story started 29th September 2018 started to feel Ill thought I had a water infection. Saw a doctor on the 1st October given antibiotics. I felt so Ill & in loads of pain didn’t go to work the next day. On Weds 3rd October, I saw my doctor he said water sample came back negative. He took blood tests. Rang me at 5pm to say go to hospital I had high infection markers & inflammation. Went to Yeovil hospital A&E was seen was told that all the left sided pain I was experiencing was diverticulitis. Was told for or 6 years just IBS . Was given antibiotics & told to return on Friday to AEU to have iv antibiotics. I went downhill at home with pain couldn’t go to the loo then Friday morning threw up. Went back in to AEU my name wasn’t on the list had to go back through A&E. I was in so much pain given morphine at 1.30pm. Slept for awhile. Had to get out of the bed sat me on scales in A&E deterated put in reclining chair got more worse went back into a bed. Then was held in hold ward until saw doctor at 11 o’clock. Then took to level 4 put on 3 antibiotics. Had CT scan on the 6th October they wanted to drain it . But it perforated on the Sunday evening. The agony was awful only could have oromoph every 2hours. Told on the 8th October will need emergency Hartmans procedure. Stoma nurse came to see me. Told to say good by to my family as was so poorly. Took to theatre 5pmish took back out as my blood to thick needed thinking as I take warfarin permanently. Went back in. Woke 5am on the 9th October in ICU . Still incubated, tube in nose ,lines sowed in my neck . But I was alive. Stayed in IUU until Saturday morning then on 7a. Had 4 quadrant peritonitis so put on 5 antibiotics really bad thrush in mouth & everywhere else. Then clawed my way back to recovery was in hospital total of 19 days. I’m now back work 5 days a week at my housekeepers job, back at gym, doing everything I did before . Have learnt to adapt plus take it easy when need to. Sadly i lost my dad suddenly in March due to Toxic megacolon sigmoid stricture. So collected at his funeral for colostomy UK raised £403.00 for this good cause. Just thankful for every day.